Abide with Me de Elizabeth Strout

19.50 CHF
Date de parution : 03.2007
Format : Broché
Nombre de pages : 320
Résumé : NATIONAL BESTSELLER • From the Pulitzer Prize-winning! #1 New York Times bestselling author of Olive Kitteridge comes a "superb" (O: The Oprah Magazine) novel that "confirms Strout as the possessor of an irresistibly companionable! peculiarly American voice." (The Atlantic Monthly) In the late 1950s! in a small New England town! Reverend Tyler Caskey has suffered a terrible loss and finds it hard to be the person he once was. He struggles to find the right words in his sermons and in his conversations with those facing crises of their own! and to bring his five-year-old daughter! Katherine! out of the silence she has observed in the wake of the family's tragedy. Tyler's usually patient and kind congregation now questions his leadership and propriety! and accusations are born out of anger and gossip. Then! in Tyler's darkest hour! a startling discovery will test his parish's humanity-and his own will to endure the trials that sooner or later test us all. Praise for Abide With Me "Strout's greatly anticipated second novel . . . is an answered prayer."-Vanity Fair "Deeply moving . . . In one beautiful page after another! Strout captures the mysterious combinations of hope and sorrow. She sees all these wounded people with heartbreaking clarity! but she has managed to write a story that cradles them in understanding and that! somehow! seems like a foretaste of salvation."-The Washington Post "Graceful and moving . . . The pacing of Strout's deeply felt fiction about the distance between parents and children gives her work an addictive quality."-People (four stars) Chapter 1 ONE Oh, it would be years ago now, but at one time a minister lived with his small daughter in a town up north near the Sabbanock River, up where the river is narrow and the winters used to be especi...
Skip to the end of the images gallery 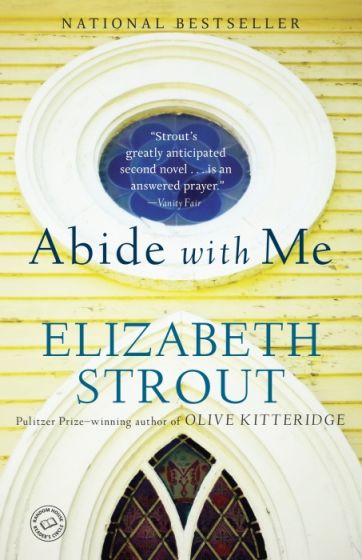