All the Devils Are Here de Louise Penny

16.50 CHF
Date de parution : 06.2021
Format : Broché
Nombre de pages : 528
Résumé : 'She makes most of her competitors seem like wannabes' THE TIMES 'Louise Penny is one of the greatest crime writers of our times' DENISE MINA Louise Penny's much loved hero confronts a dark plot lurking beneath the elegant facades of Paris - lose yourself in the breathtaking new crime thriller by the #1 bestselling author ___________________ On their first night in Paris, the Gamaches gather for a family dinner with Armand's godfather, the billionaire Stephen Horowitz. But the evening ends in horror when Stephen is knocked down and critically injured in what Armand is convinced is no accident, but a deliberate attempt on an elderly man's life. When a strange key is found in Stephen's possession it sends Armand on a desperate search for the truth that will take him from the top of the Tour Eiffel, to the bowels of the Paris Archives. And as Armand begins to uncover the secrets his godfather has kept hidden for decades, he finds himself ensnared in a web of lies and deceit that threatens to destroy everything - and everyone - he holds dear. For even the City of Light casts long shadows. And in that darkness devils hide . . . __________________ Praise for the award-winning Chief Inspector Armand Gamache series: 'Gamache has become to Canada what Hercule Poirot is to ...
Skip to the end of the images gallery 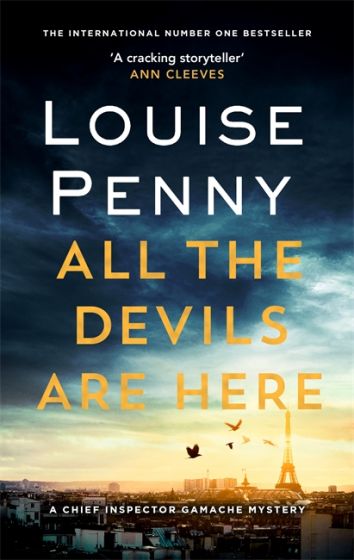