26.50 CHF
Date de parution : 04.2021
Format : Relié
Nombre de pages : 256
Résumé : “ All fiction is magic . That’s the thought that occurred to me often as I read First Person Singular , the brilliant new book of stories by Haruki Murakami. . . . Whatever you want to call Murakami’s work—magic realism, supernatural realism—he writes like a mystery tramp, exposing his global readership to the essential and cosmic (yes, cosmic!) questions that only art can provoke: What does it mean to carry the baggage of identity? Who is this inside my head in relation to the external, so-called real world? Is the person I was years ago the person I am now? Can a name be stolen by a monkey?. . . . [Murakami allows] his own voice to enter the narratives, creating a confessional tone that reminded me of Alice Munro’s late work. . . . Describing how these stories succeed is like trying to describe exactly why, more than 50 years later, a Beatles song still sounds fresh.” —David Means, The New York Times Book Review   “ First Person Singular marks a blazing and brilliant return to form. . . . Here we have a taut and tight, suspenseful and spellbinding, witty and wonderful group of eight stories. . . . All are told in the first person, most by narrators looking back from the vantage point of middle age on youthful experiences, obsessions, or encounters. And there isn’t a weak one in the bunch. The stories echo with Murakami’s preoccupations. Nostalgia and longing for the charged, evocative moments of young adulthood. Memory’s power and fragility; how identity forms . . . the at once intransigent and fragile nature of the “self.” Guilt, shame, and regret for mistakes made. . . . Music’s power to make indelible impressions. . . . The themes become a kind of meter against which all the stories make their particular, chiming rhythms. . . . This mesmerizing collection would make a superb introduction to Murakami for anyone who hasn’t yet fallen under his spell; his legion of devoted fans will gobble it up and beg for more.” —Priscilla Gilman, The Boston Globe   “Haruki Murakami is a master of the mesmerizing head-scratcher. His fiction, whether long or short, highlights life's essential strangeness and unfathomability. . . . The eight stories in First Person Singular [. . .] are classic Murakami, filled with multiple recurrent obsessions — jazz, classical music, Beatles, baseball, and memories of perplexing young love. . . . Murakami's plainspoken short stories, like his more complex novels, raise existential questions about perception, memory, and the meaning of it all—though he's the opposite of heavy-handed, and rarely proposes answers. . . . What is it all about, his frequently awestruck and befuddled characters wonder repeatedly—and contagiously. . . . "Confessions of a Shinagawa Monkey" is a standout that will appeal especially to readers enchanted by Murakami's surrealist turns, which blur the line between dreams and reality. . . . [A] winning collection.” —Heller McAlpin, NPR   “Haruki Murakami often seems most at home in his short-story collections, cycling through his various fixations unburdened by the narrative mechanics of his novels.  First Person Singular  is no exception, offering ruminations on the fickleness of memory while fleeting from baseball to Beatlemania to a Kafka-inspired talking monkey.” —Chris Stanton, Vulture   “For new readers,  First Person Singular  is a crash course in appreciating Murakami. . . . [These stories] are steeped in the love of music—especially of jazz, classical and the Beatles—that reverberates throughout his work. There is a piece on his famous passion for baseball (it was supposedly while watching a game that he was inspired to become a writer) and another that includes the return of a talking monkey he first wrote about 15 years ago. Most of all, though, these stories are unmistakably Murakami’s for the way they traffic in his signature themes of time ...
Skip to the end of the images gallery 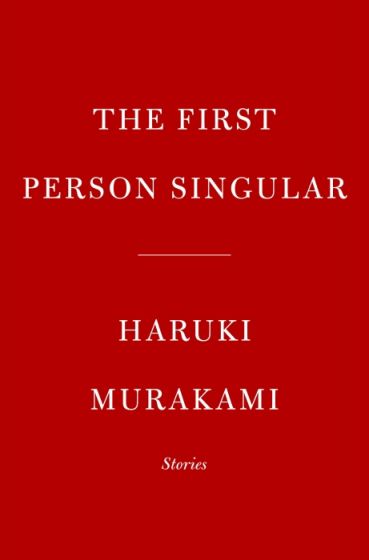