21.00 CHF
Date de parution : 03.2020
Format : Broché
Nombre de pages : 320
Résumé : LONGLISTED FOR THE GILLER PRIZE " The Glass Hotel may be the perfect novel for your survival bunker." --Ron Charles, The Washington Post A New York Times, Entertainment Weekly, Newsweek, Bustle, Buzzfeed, GoodReads, Houston Chronicle, Writer's Digest, Medium, Washington Independent Review of Books, The Millions, Boston Globe, USA Today, and Women's Day Most Anticipated Book of 2020 From the award-winning author of Station Eleven , an exhilarating novel set at the glittering intersection of two seemingly disparate events-a massive Ponzi scheme collapse and the mysterious disappearance of a woman from a ship at sea. Vincent is a bartender at the Hotel Caiette, a five-star lodging on the northernmost tip of Vancouver Island. On the night she meets Jonathan Alkaitis, a hooded figure scrawls a message on the lobby's glass wall: "Why don't you swallow broken glass." High above Manhattan, a greater crime is committed: Alkaitis is running an international Ponzi scheme, moving imaginary sums of money through clients' accounts. When the financial empire collapses, it obliterates countless fortunes and devastates lives. Vincent, who had been posing as Jonathan's wife, walks away into the night. Years later, a victim of the fraud is hired to investigate a strange occurrence: a woman has seemingly vanished from the deck of a container ship between ports of call. In this captivating story of crisis and survival, Emily St. John Mandel takes readers through often hidden landscapes: campgrounds for the near-homeless, underground electronica clubs, the business of international shipping, service in luxury hotels, and life in a federal prison. Rife with unexpected beauty, The Glass Hotel is a captivating portrait of greed and guilt, love and delusion, ghosts and unintended consequences, and the infinite ways we search for meaning in our lives. 3   Leon Prevant left the lobby at four-thirty a.m., climbed the stairs to his room, and crept into the bed, where his wife was sleeping. Marie didn’t wake up. He’d purposefully drunk one whiskey too many with the thought that this might make it possible to fall asleep, but it was as if the graffiti had opened a crack in the night, through which all his fears flooded in. If pressed he might have admitted to Marie that he was worried about money, but worried wasn’t strong enough. Leon was afraid. A colleague had told him this place was extraordinary, so he’d booked an extremely expensive room as an anniversary surprise for his wife. His colleague was right, he’d decided immediately. There were fishing and kayaking expeditions, guided hikes into wilderness, live music in the lobby, spectacular food, a wooded path that opened into a forest glade with an outdoor bar and lanterns hung from trees, a heated pool overlooking the tranquil waters of the sound. “It’s heavenly,” Marie said on their first night. “I’m inclined to agree.” He’d sprung for a room with a hot tub on the terrace, and that first night they were out there for at least an hour, sipping champagne with a cool breeze in their faces, the sun setting over the water in a postcard kind of way. He kissed her and tried to convince himself to relax. But relaxation was difficult, because a week after he’d booked this extravagant room and told his wife about it, he’d begun to hear rumors of a pending merger. Leon had survived two mergers and a reorganization, but when he ...
Skip to the end of the images gallery 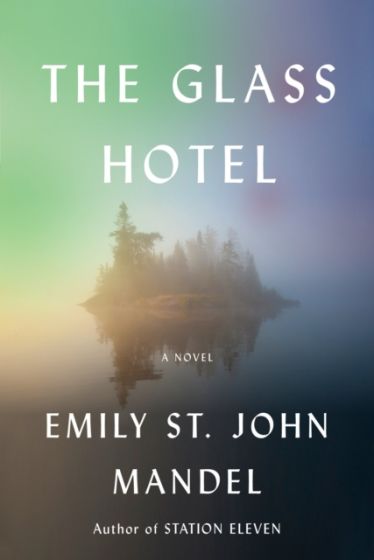